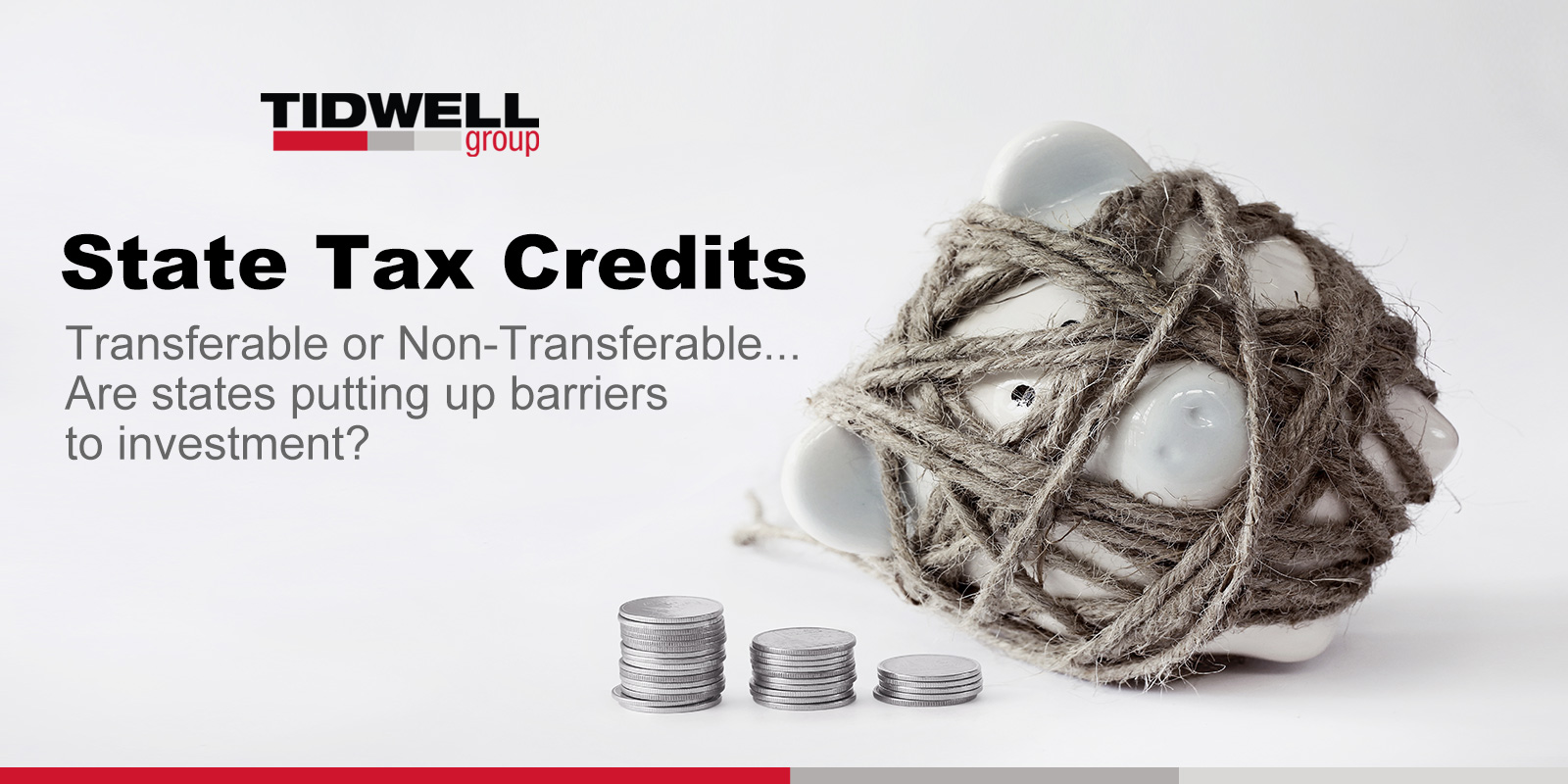 Many states have enacted tax incentives similar to the Federal General Business Credits[1]or the Low Income Housing Tax Credit. Specifics differ between states, but generally these “State Tax Credits” can be classified either as transferable or allocated tax credits. Transferable credits bifurcate the benefits of the credit from the actual ownership of the property generating the credit. Allocated credits on the other hand generally are not transferable. They typically follow the Federal Tax requirement that, in order to receive the benefit of the credit, the taxpayer must have some form of ownership in the property generating the credit. Finally, credits can be categorized as refundable or nonrefundable.

In order to understand the policies behind state tax credits it is important to review the concept of tax expenditures. A tax expenditure operates like any other governmental spending program, except the funding for the program is a targeted reduction in the collection of tax revenues rather than an actual outlay of governmental funds. Most frequently the context in which tax expenditures are discussed is with regard to the Federal budget, but states often have programs that qualify as a tax expenditure as well. Tax expenditures are an efficient way of creating a program that reaches a large number of people, targets a specific behavior, and often is implemented with minimal costs.[2]

Whether a state or local government adopts a policy that mimics a federal tax law is referred to as ‘Federal Conformity’.  The fact that federal conformity varies from issue to issue and state by state complicates the discussion.  Many states, for convenience sake[6], follow the federal tax laws. By conforming to these laws, states are able to incorporate the tax principles and common law that has evolved over time. Yet, almost every state that conforms to the federal rules has carved out a number of statutory exceptions that promote its public policies.  This is particularly true in the area of state tax credits. Consequently, it is not always clear when these exceptions should supersede the benefits of federal conformity.

These competing approaches can be clearly seen in two recent examples: Notice 202-807 issued by the North Carolina Department of Revenue on September 10, 2018 discussing the requirements for claiming North Carolina tax credits, and the Oregon Tax Court case, Sedgewickv. Department of Revenue, 2018 WL 3687475 (July 2018), involving the issue of whether the use of a state energy credits purchased at a discount resulted in gains derived from dealings in property.  In both instances, the core question is how should a line of federal income tax cases involving state credits be applied at the state level?

In 2011, the United States Court of Appeals for the Fourth Circuit held that certain investments in Virginia state historic tax credit funds constituted a disguised sale of property.  Specifically, the court noted the disguised sale provisions of I.R.C. §707 “prevents use of the partnership provisions to render nontaxable what would in substance have been a taxable exchange if it had not been ‘run through’ the partnership.”

In all three cases, the Court’s finding that the credits were property was a perquisite to finding that a disguised sale occurred.  Under Section 707, a disguised sale exists when a partner transfers money or other property to a partnership and there is a related transfer of money or other property by the partnership to another partner. If these transfers, when viewed together, are properly characterized as a sale or exchange of property, they will be treated as a sale with the selling partner being required to recognize gain or loss on the disguised sale.

Treas. Reg. §1.707-3 provides that a transfer constitutes a sale only if – based on all the facts and circumstances – the transfer of money or other consideration would not have been made, but for the transfer of property; and if the transfers are not made simultaneously, a disguised sale exists when the subsequent transfer is not dependent on the entrepreneurial risks of partnership operations.

Whether state tax credits constitute property is only one element in determining whether a disguised sale exists. Another factor that must be considered is whether the transfer was dependent on the entrepreneurial risks of the partnership operations. However, there has not been much guidance from the IRS on what this phrase means.[7]

Entrepreneurial risk was the primary issue in Historic Boardwalk Hall, LLC v. C.I.R., 694 F.3d 425(2012).  In this case, a corporation entered into a partnership with a state entity to rehabilitate a landmark convention and exposition building. Under the operating agreement, the corporation was guaranteed the delivery of federal historic tax credits and was insulated from having to make additional contributions by the managing member’s operating deficit guaranty. At trial, the IRS argued that under the economic substance doctrine the transaction was a sham transaction and that the corporation was not a bona fide partner. The Tax Court disagreed noting both an upside and downside risk.  On appeal, the Third Circuit reversed, citing Virginia Historic’s dicta that risks similar to those identified by the Tax Court were speculative and circumscribed.

However, both the Third Circuit and later the IRS attempted to limit the scope of the Historic Boardwalk opinion. The Third Circuit acknowledged that its decision was limited to the common law doctrine of economic substance since the events occurred before the codification of the federal economic substance doctrine, in 2010.[8] Additionally, the Court argued that the, “Historic Tax Credit statute was not under attack here. It is the prohibited sale of tax credits, not the tax credit provision itself, that the IRS has challenged. Where the line lies between a defensible distribution of risk and reward in a partnership on the one hand and a form-over-substance violation of the tax laws on the other is not for us to say in the abstract…” Id. Thereafter the IRS quickly issued its safe harbor for Section 47 Rehabilitation Tax credits.

“If the realization of the tax benefits of a transaction is consistent with the Congressional purpose or plan that the tax benefits were designed by Congress to effectuate, it is not intended that such tax benefits be disallowed. See, e.g., Treas. Reg. sec. 1.269-2, stating that characteristic of circumstances in which an amount otherwise constituting a deduction, credit, or other allowance is not available are those in which the effect of the deduction, credit, or other allowance would be to distort the liability of the particular taxpayer when the essential nature of the transaction or situation is examined in the light of the basic purpose or plan which the deduction, credit, or other allowance was designed by the Congress to effectuate. Thus, for example, it is not intended that a tax credit (e.g., section 42 (low-income housing credit), section 45 (production tax credit), section 45D (new markets tax credit), section 47 (rehabilitation credit), section 48 (energy credit), etc.) be disallowed in a transaction pursuant to which, in form and substance, a taxpayer makes the type of investment or undertakes the type of activity that the credit was intended to encourage.”

It is clear from the legislative history of IRC Section 7701(o), that Congress intends that federal and state tax credit investors be considered valid members of their underlying partnerships for federal tax purposes.

As mentioned above, states are all over the map when it comes to conformity to federal tax law. For example, North Carolina recently issued Notice 202-807 discussing the requirements for claiming North Carolina tax credits.  Under North Carolina’s rules, a partnership that qualifies for a North Carolina corporate income tax credit can claim the credit. It must then distribute the credit to each of its partners based on the partner’s distributive share of income. The notice commented:

Interestingly, the Virginia cases all dealt with transferable credits not allocated credits. Thus, it is puzzling why North Carolina has elected to apply that line of cases to its state tax credits regime. Compare this policy decision to the Oregon Tax Court analysis in Sedgewick v. Department of Revenue, 2018 WL 3687475 (July 2018).

Sedgewick involved an Oregon Business Energy Tax Credit that allowed certain owners or lessees of certified facilities to claim a tax credit over a five-year period based on the cost of the facility.  Only individuals, C Corporations, or S Corporations qualified as pass-through partners.  The Department of Revenue included the reduction in tax liability from the use of the credit in income to the extent it exceeded the purchase price paid for the credit.  The court concluded that allocated credits that are not transferable are not property.

Unlike Federal credits, transferrable state credits are taxable at the federal level.  Thus, state credits are always worth less to investors than their federal counter parts.  Consequently, policy decisions like transferability and refundability must be evaluated in assessing potential investor interest in specific tax credit programs.  The decision to apply the Virginia Historic cases to an “allocated variety” of state tax credits undoubtedly makes the state’s tax credits a less attractive inducement to investors and has questionable technical support.

State tax credits have been a source of funding for many commercial real estate projects over the last several years.   The number of states that have enacted some form of business tax credit appears to be trending upward.  Therefore, it is important when structuring a transaction that has a state credit component to look to the state statutory language and ascertain whether the credit is transferable or nontransferable, and whether the state is putting up barriers to investment.

If you have questions or need assistance with Low Income Housing Tax Credits, please contact Joel McDowell or Quinn Gormley.

[2]In Wisconsin it is estimated that 40% of the cost of Wisconsin’s historic rehabilitation credit is recouped in the form of other tax revenues generated from the rehabilitation prior to the building being placed in service or the tax credit being claimed.   SeeThe National Trust for Historic Preservation, State Historic Tax Credits: Maximizing Preservation, Community Revitalization, and Economic Impact, p 4 (2018).

[3]Twenty of the thirty-five states that have a state historic tax credit allow a direct transfer of the credits to third parties.  Id at 9.

[5]The majority states that restrict transferability of state historic credits allow the credit to be refunded.  See the National Trust for Preservation Report at 9.

[6]See the Pennsylvania PIT Guide that expressly states that Pennsylvania is following some federal tax positions for convenience sake.

[7]The taxpayers in the Virgina Historic line of cases all argued there is an inherent entrepreneurial risk in the ownership of credit producing property.  The partnership must continue to own the credit producing property through the entire term of the credit’s compliance period, and satisfy all the credit program’s requirements, or run the risk of recapture.  Under those facts, it is difficult to see how a transfer could fail to be dependent on the entrepreneurial risk of the partnership operations since it is impossible to separate the entrepreneurial risk attendant to continued ownership from the right to receive the tax credits.

[12]As Route 231, LLC notes for disguised sale purposes state law determines what rights are attendant with a state credit, but federal law determines if those rights constitute property.  For example, North Carolina’s G.S. Sec. 105-269.15(b) provides, “A partner’s distributive share of an income tax credit passed through by a partnership is allowed to a partner only to the extent the partner would have qualified for the credit if the partner stood in the position of the partnership. Furthermore, G.S. 105-269.15(c) provides that a partner’s distributive share of an income tax credit shall be determined in accordance with sections 702 and 704 of the Code.  These provisions prevent the transfer of a state income tax credit to someone that is not a partner.  Additionally, the amount of the credit that can be claimed by a partner is limited to their distributive share under Section 704. It is questionable that these tax credits are property for the purpose of IRC Sec. 707. 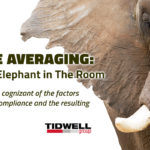 Income Averaging: Know the Elephant in The Room 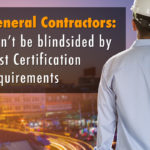