Now that the December 29, 2020 deadline for comments to the IRS is behind us, we thought this would be an excellent time to revisit the proposed LIHTC Average Income Regulation that was released on October 30, 2020.

The more the Low Income Housing Tax Credit Industry (“the Industry”) discussed applying the new test, the more questions were raised.  How would nonqualified units impact the project?  Can unit designations change?  How is the Available Unit Rule applied?

Proposed Treasury Regulation §1.42‐19 was intended to be the solution to the Industry’s concerns.  Unfortunately, the proposed regulations brought about additional concerns.

Why not change the designations of the compliant units to correct the issue?  The proposed regulation states that the average of the low-income units’ imputed income limitations may not exceed 60% of the AMGI. IRC §42(g)(1)(C)(ii)(II) states that the average of the income limitations designated does not exceed 60% of the AMGI. The distinction emphasizes the point that the proposed regulations are attaching the designations to a specific unit.  The unit designations are to be made no later than the close of the credit period’s first year.  One of the most impactful components of the proposed regulations is that no subsequent change to the imputed income limitations can be made once the units’ designations are made.  Changing the designations is not an option.  Furthermore, the inability to change designations may put property owners at odds with various housing laws such as the Fair Housing Act, the Violence Against Women Act, and the Rehabilitation Act of 1973, to name a few. Additionally, this position does not allow for changes in the market conditions, nor does it allow for a seamless transfer/swap of units.  In addition, compliance with the AIT may put property owners at odds with the U.S. Department of Housing and Urban Development policies and the U.S. Department of Agriculture Rural Development.

The proposed regulations offer two possible solutions to mitigate a non-compliant unit’s negative effect on the minimum set-aside test.  The first option is to convert a market-rate unit to a low-income unit.  This mitigating factor’s applicability is limited in scope as it first requires a project to have market-rate units.  The second option is to remove a low-income unit from the average income calculation.   This option’s application requires an otherwise qualified unit to be removed from the minimum set-aside calculation, which effectively reduces the applicable fraction.  It is important to note that the property owner can change the status as a removed unit at any time.

Let’s look at an example of the second option.  A property has four units.  Units 1 and 2 become disqualified during the year.    If Unit four is removed to meet the minimum set-aside test’s 60% average, the project still fails to be a qualified low-income property as the property no longer meets the 40% component of the test.  This example highlights the danger of removing units as a mitigating factor.

The proposed regulations allow the property owners 60 days after the failing year to correct the non-compliance.  If one of the two mitigating actions is applied and the non-compliance is corrected by the 60th day, the property is treated as having been in compliance at the failing year’s close.  The drawback of this allowance is that the discovery of the non-compliance may not occur until after the mitigation period is over.  A proactive approach could be to institute a requirement that properties undergo annual tenant file reviews shortly after year-end.  Doing so would allow for the discovery and correction of compliance issues within the 60-day window.  This approach could prove costly, however, depending on the size of the project.

The Next Available Unit Rule is also addressed in the proposed regulations.  This rule states that if a tenant’s income rises 140% above the income limit, the next available unit must be rented to a low-income tenant.  The main take away is that there is no requirement to comply with the next available unit rule in a specific order under the AIT.  The ultimate goal is to meet the overall average minimum set-aside.

AIT provides housing to individuals with very low income but comes with less than desirable effects.  Existing projects that previously made the election are required to comply with the unforeseeable implications of the proposed regulation, which could prove to be a danger to their project overall.  Property owners who have not made the election as of yet have difficult decisions ahead of them.  Financial institutions are starting to underwrite AIT projects using flat 50% AMGI rents, causing significant funding gaps.  Investors are considering the option of not investing in AIT projects as they are being deemed too risky.  Property owners must weigh the community’s needs against the risks associated with AIT.

As the Industry waits for the IRS response to received comments, please check back with Tidwell Group as new information emerges. 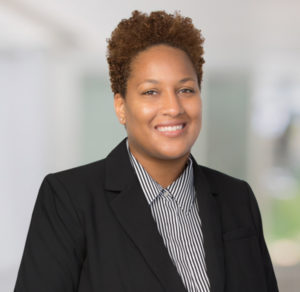 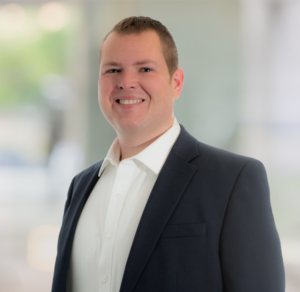 Celebrate Woman’s History Month with Us! 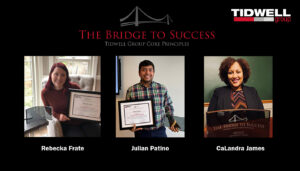